A diamond is forever:
from Palladio to David Garrett

Posted at 20:29h in blog by Marini Francesca

Andrea Palladio’s heritage inspired very many architects, and one musician: this is Sir Karl Jenkins, who named his concerto grosso after the famous Italian Renaissance architect.

Karl Jenkins, a classical composer from UK, wanted to pay homage to the harmony and order of the Palladian architecture, which he feels are close to his composition style.

It is known indeed that Palladio’s proportions follow rules and rhythm that can also be found in music. However, while it is known much music emerges from Palladio’s architecture, on the contrary translating Palladian architecture into music was quite a new experience. Jenkins succeeded so much at this task, that this piece was used for a cult commercial, even before being finished.

A diamond is forever: if you remember this iconic payoff, then you’ve also listened to Jenkin’s Palladio’s first movement.

(the editorial continues below the video)

After De Beers had selected this beautiful, elegant and ethereal piece to comment their unique gems in 1993, Karl Jenkins decided his “Palladio” was going to become an entire suite. So, he added two further movements two years later, and also rearranged the whole concerto for female voices and even for a wind band.

Originally written for a string orchestra, “Palladio” has also been recently performed by the classical-rock violin player David Garrett, and has gained an unexpected, new and global popularity.

Through a strict classical music education, to whom Garrett never really bowed anyway, he’s undertaken a very personal path in rock and pop music. His ability of bringing cultured pieces to the heart of the public also happened to unfold with “Palladio”: a suite whose classical roots are the medium for a neverending inspiration, just like the Palladian architecture is.

Because a diamond, well a Palladio, is forever. 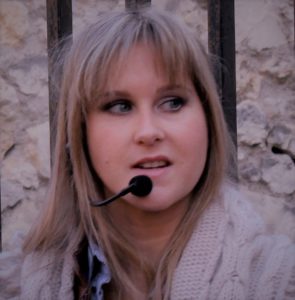 This blogpost was written by

Vicenza and the Palladian Villas